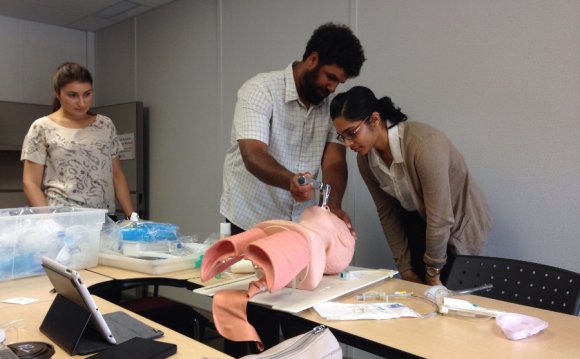 After reading through great publish on why grades are the most crucial element of the school of medicine admissions process, it got me considering how important the non-GPA/MCAT components really are. And also the more I consider it, the greater it appears like considerably less important than many people realize.

Now, allow me to make certain there isn’t any confusion by stating that I'm sure such things as extra-curricular activities, community participation, travel encounters, hobbies, etc. have the ability to a lot of value. However I think their value lies a lot more in the way they assist you to personally develop and also be, and less in really inside your chances at stepping into school of medicine as far as that the GPA and MCAT scores do.

But it appears in my experience that many students see to achieve the perception you need to possess a resume that's miles lengthy to be able to possess a shot at stepping into school of medicine. Due to this, some students undertake a significant amount of and completely exhaust themselves day in and day trip. Furthermore I believe this really is harmful to the student’s physical and mental health (which doing something exclusively with regard to using to school of medicine is one thing you'll most likely regret), but when it comes to the school of medicine admissions process, it’s really unnecessary. And worse, some students undertake a lot of non-academic activities it seriously affects their academic performance, without recognizing that GPA is definitely the initial step within the school of medicine door.

Granted, I can’t speak for those medical schools, since you will find 17 in Canada and that i only know of the Ontario ones. So as i shouldn't make any generalized claims, things i is going to do is evaluate four from the medical schools in Ontario whose admissions process I know a good bit about, and also the role non-academic components really play. And after that, you are able to arrived at your personal conclusions (though it’s pretty apparent things i think).

A year ago, McMaster used two primary formulas within their admissions process.

Pre-interview (for identifying interview invites): 66% GPA and 33% Autobiographical Sketch
Publish-interview (to make the particular offers of admission): 33% GPA and 66% Interview

So, let’s take a look at where non-academic aspects and encounters of the existence really may play a role.

Well, for that pre-interview assessment, the only method non-academic components could may play a role is incorporated in the Autobiographical Sketch.